Its been a busy couple of weeks, with classes starting and trying to continue adventuring as much as possible. We’ve taken several long walks around the town of Lismore, and went to a few events; one of which was Lismore’s “Eat The Street”. Eat The Street is a celebration of culinary and cultural variety in the Lismore area, and was held on the 11th of March this year. The multitude of food options was rather overwhelming, and to prevent serious buyers remorse, I went with a Australia classic; the meat pie. A bargain at 5 bucks (That’s AUD folks), it was the perfect combination of pastry and steak. I was tempted to get Mexican food so that I could compare, but Brian made an excellent point that, regardless of how good it is, it will be nowhere as good as what we are used to. Brian, Elizabeth, and I also got some ice cream later in the day, which was also pretty good.

Eat The Street also had quite a few art vendors, and advocacy groups that also have booths set up. A restored car club was also displaying their builds in a near-by parking lot. 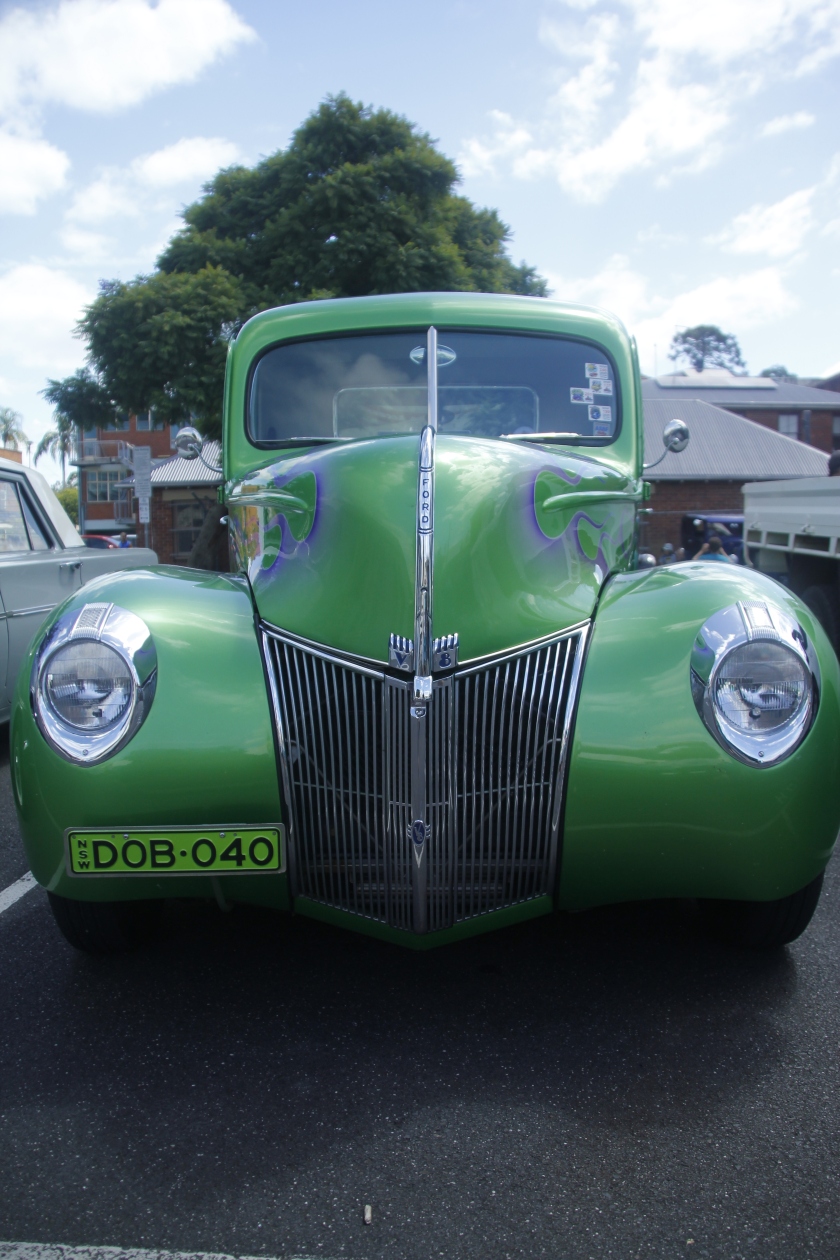 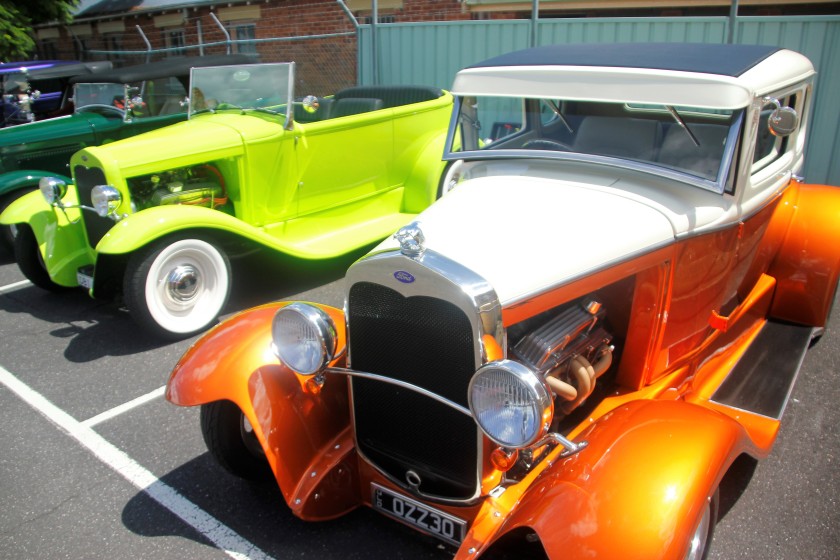 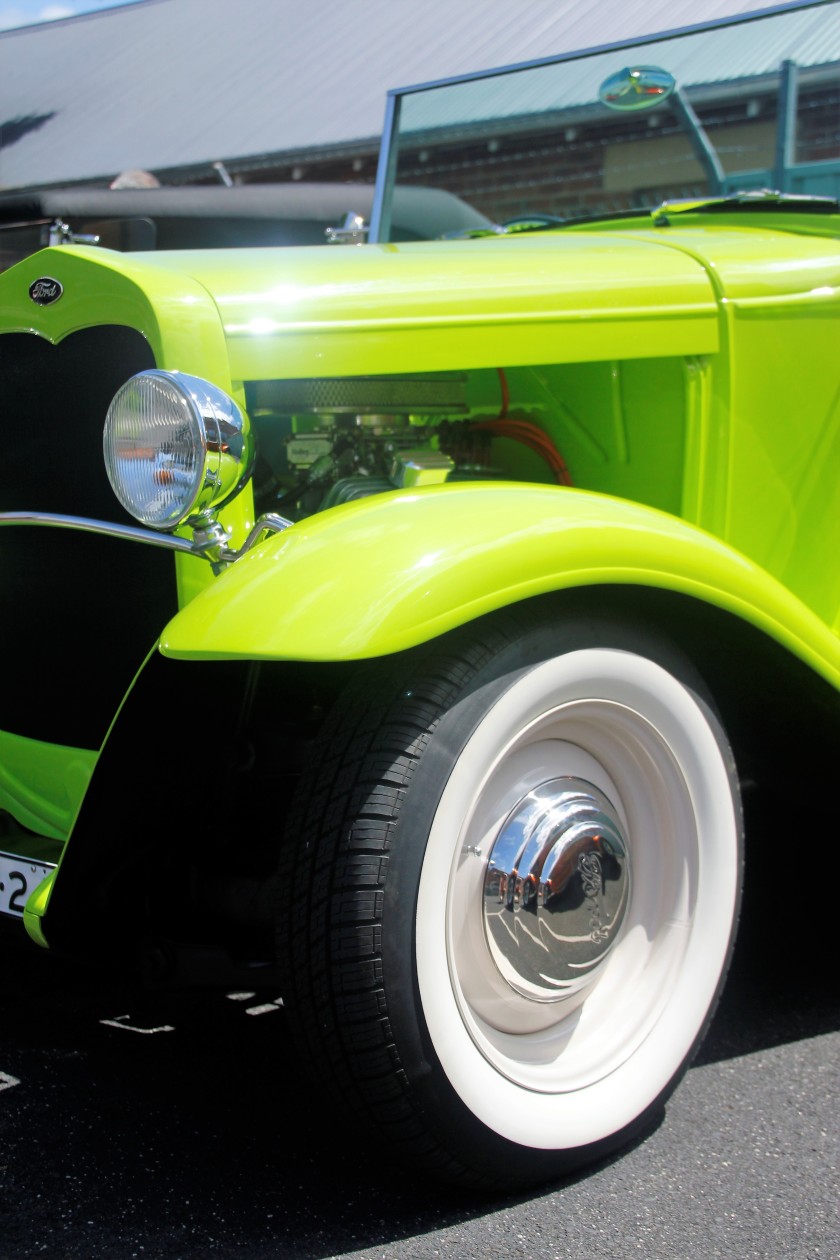 The interesting thing was that a few of these cars had the steering wheel on the right hand side. Can you imagine driving on the left-hand side of the road, but be positioned on the right side of the car? Seems ludicrous to me.

There was also some entertainment at the event, most notably in the form of the “Pitts Family Circus”, which was a 4 person family that had learned some serious impressive aerobatic skills. 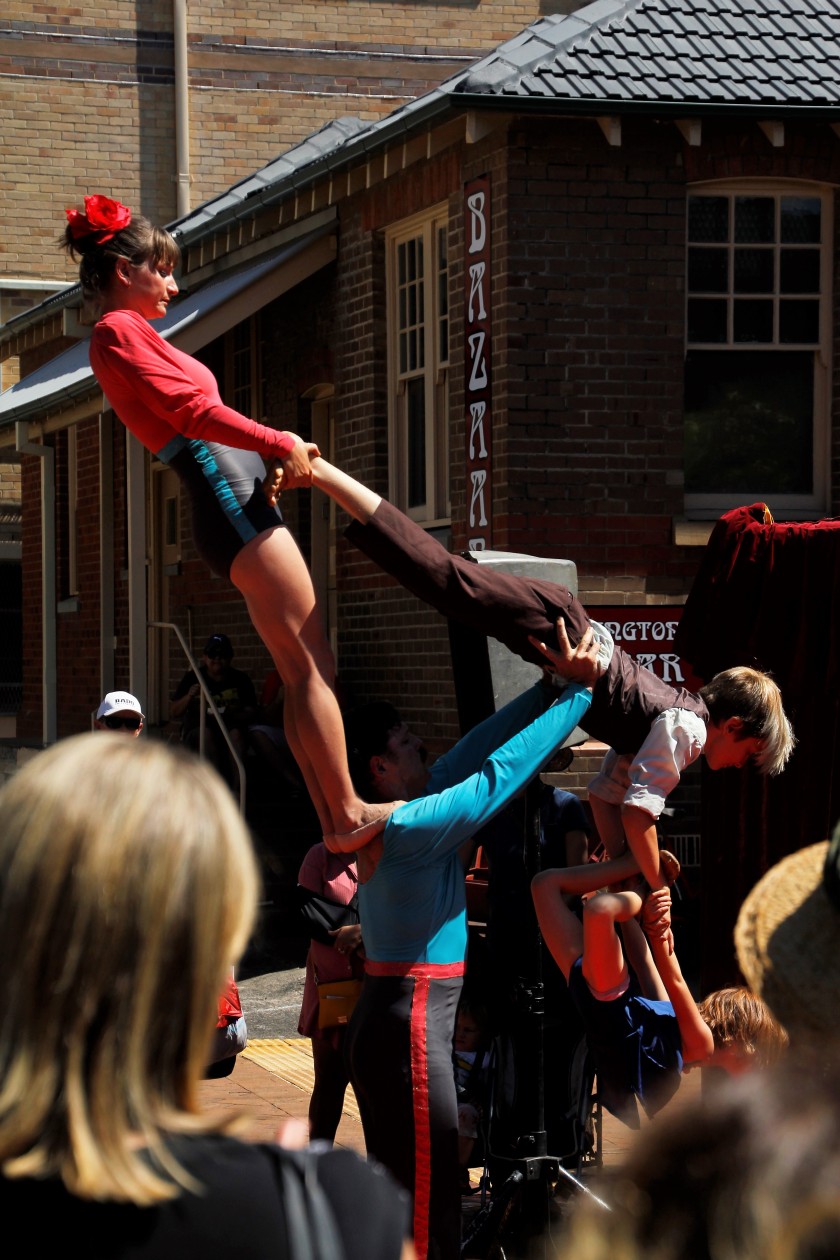 The weekend before, we also went to the Lismore Boot market, where locals come out in droves for what I can only describe as the biggest garage sale I’ve ever seen. It’s located in the parking garage of the Lismore Square, which is the shopping center that we frequent to get groceries and other necessities. This takes place every 1st and 3rd Sunday of the month, so I’ll be heading back this coming weekend to get some shots.

Also, I’ll take this time to talk about the bats. THE BATS. HOLY HECK… The walk from my dorms to downtown Lismore passes by Rotary Park, which is about 25 acres in size, and contains a dry-rainforest remnant that was typical of the area before European colonization. The forest itself is super cool, and I’ll have to get some pictures of its interior. For now though,  all you need to know is that Rotary Park is the home of a HUGE population of Australian endangered Flying Fox bats. They are largest bats in the world, and ever night they leave in a mass exodus from the park to feast on, presumably, insects/fruit. 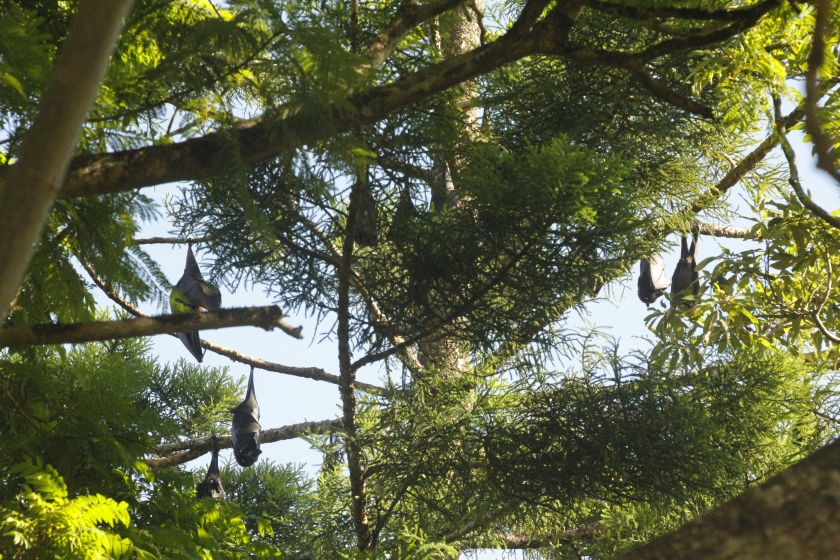 This is the best shot I have of them roosting. As you imagine, they are elusive to see during the daytime, but you just barely see them in the treetops along the edges of the park. Make no mistake, these bats are massive. This shot is taken using the full extent of my 270mm lens. Seriously, no joke. When I first saw them all flying overhead at night, I though they were migrating birds. I sat on campus one evening and just watched them to see how many there were. I had to leave after 15 minutes because they showed no signs of stopping.

Anyway, that’s all for now. You can expect another post in just a few short days on my trip to Minyon Falls, which I just did today! Cheers.

One thought on “Eat The Street”

Wish you were here.